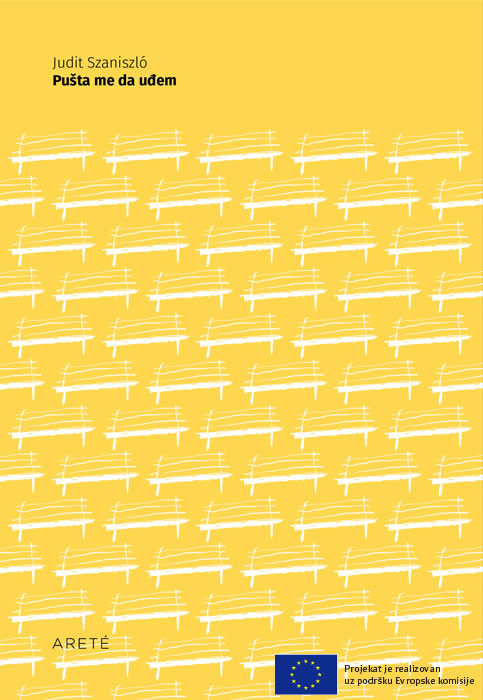 Szaniszló’s success with „Beenged” earned her the title of the most talented young writer in the country by opinion of literary critics. Connecting with the readers in a very intimate way, „Beenged” is one of the most originals books published in Hungary recently. It’s consistent of very short stories, some of them almost poetic-alike („Nigella”, „Unásig én”, „Óvatos lányság asszonykorban”) written in a simple and clear style. This unique collection depicts a woman in her thirties, everyday challenges, life in an office, and loneliness in relationships. These stories invite us to take a peek into the everyday life of their characters, and the author senses and enhances the emotions and problems we might otherwise not pay enough attention to. With her, „Beenged” communicates with readers, but not at the expense of losing the high literary quality of her writing. Szaniszló is constantly reminding us of the small things in life that can, in her hands, overwhelm us and give perspective to our world. Because of her interest in everyday life and humor, her writing is sometimes marked by the critics as An Eastern European female Jonathan Franzen. 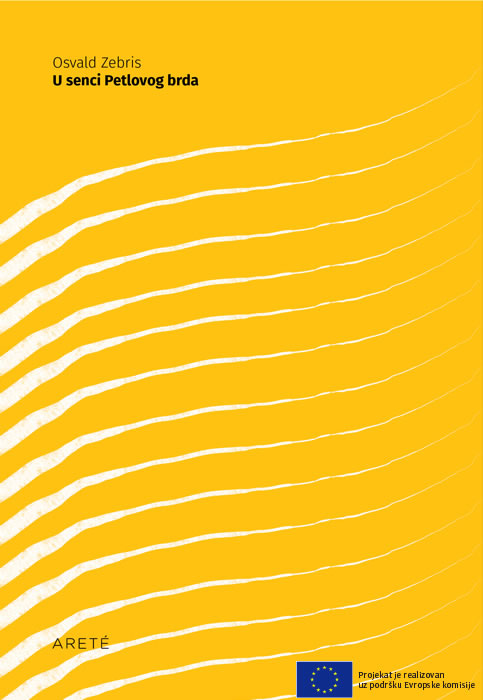 In the shadow of rooster hill

Historically placing his novel Gaiļu kalna ēnā in 1905, Osvald Zebris finds the Russian Tsar in the atmosphere of impending revolution. Zebris is creating a world full of tension and people who are living on the edge of existence. The very nature of the war is that it divides people and they have to choose, maybe unwillingly, which side to fight on, in a cause that is not always clear to them. The character of Rūdolfs Reiznieks is full of contemplation of the past and the future, constantly in search of self-forgiveness and inner peace. Situations like the child kidnapping will shatter the lives of two families, as they struggle to understand who is guilty in a revolution where all sides are victims.
Zebris tells a story about the landmark historical moment for Latvian people, the moment of attaining their own country, all the while never forgetting the everyday man. This magnificent book gives historical insight into the situation in Riga, but maybe more important – the state of mind of its inhabitants, marking one of the biggest moments in their history. 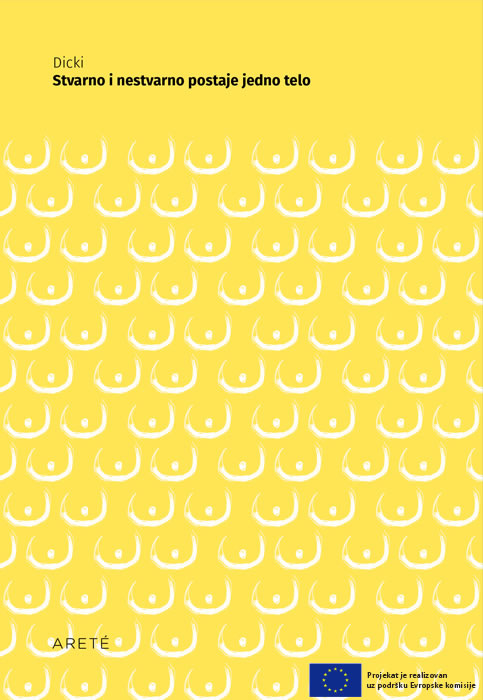 Collection „Rzeczywiste i nierzeczywiste staje się jednym ciałem. 111 wierszy” came as a response to significant awards that author received. Poems are organized chronologically, by themes, in order to follow details from autobiography of Dycki. Initial poems are telling about childhood under Soviet Union. It is a strange, cold world full of incomprehensible words and toponyms. The poet suppresses nothingness, the whole labyrinth of repeated words (wind, rain, dirt, disease, bones) and phrases, but they aren’t the keys to the doorways leading into or out, but the points of convergence of different paths of this strange poetry building.
Dycki’s poetry investigates and redefines the links between death and the erotic, reality and unreal. He has an unusual ability to present drastic problems and situations in a masterful, awe-inspiring way. 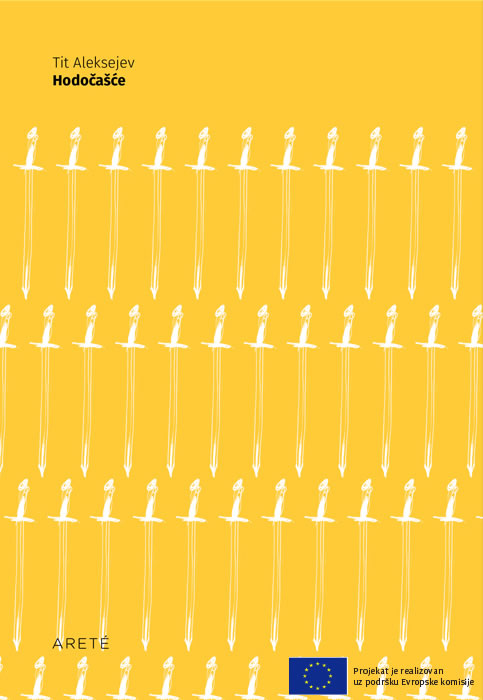 „Palveränd” (The Pilgrimage) , an adventure novel by Tiit Aleksejev, is the first book from the trilogy „Lugu esimesest ristisõjast”. The story is based on the chronicles of the First Crusade in the 11th century and begins with the declaration of the Pilgrimage by Pope Urbanus II. Dieter the servant, who will later become a soldier, a fictional character who reminds us of Voltaire’s Candide, will find himself in the middle of major historical events, bearing witness to an era. Dieter is a character who does not belong anywhere, but who is present everywhere. Interesting meditative visions, inner monologues and the question of what ideals made people go and suffer is like a psychological review of the inner ideals of the crusaders. The novel is about the importance of human relations as well, of loyalty, love, friendship. In order to write „Palveränd”, Aleksejev researched material for ten years and visited the main battle scenes in the Holy Land, so the novel, written with accuracy of the reconstruction of the medieval world, tells us the story of the inner values of the time, but at the same time, whether the medieval ones or those of the present day, the conflicts between the East and the West, in very original and beautiful language. 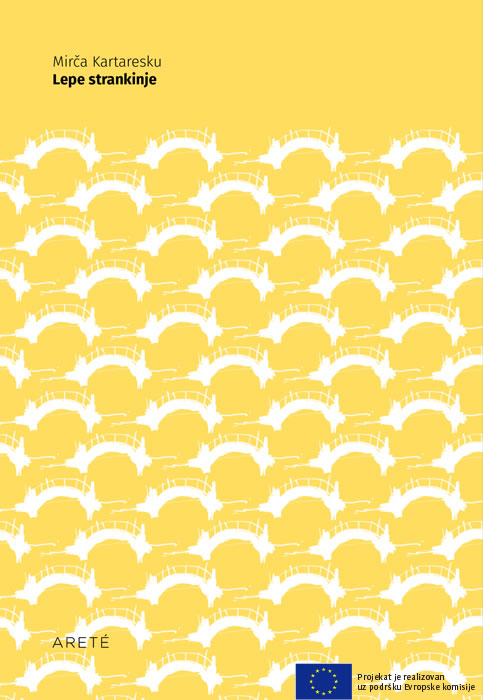 „Frumoasele străine” (The Beautiful Foreign Women) consists of stories Cărtărescu wrote for the magazine Seven Nights. The collection wager on humor and a highly personal kind of satire that is pushed to the limits of the grotesque. In this triptych, Mircea Cãrtãrescu paints deliriously absurd vignettes from literary life (of both the native Romanian and the cosmopolitan European variety). He dissects the literary world with the instruments of a writer-moralist who neither forgets nor forgives, least of all when it comes to his own mistakes. The stories („Anthrax”, „The Beautiful Foreign Women, or, How I was a Third-rate Author”, and „Bacovian”) are not just road movies narrated with sincerity and simplicity, but sequences from a human comedy.
Collection received Premio Euskadi de Plata to the Best Book of 2014. in Spain. 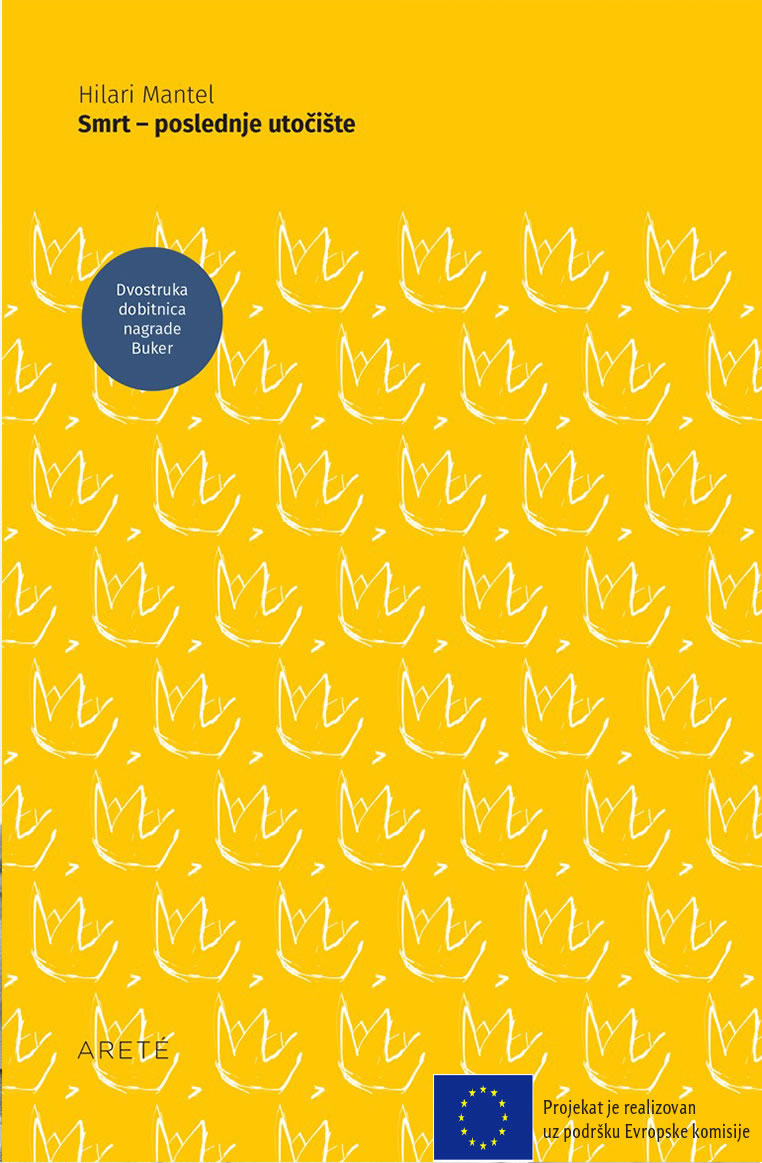 A place of greater safety

„A Place of Grater Safety”, monumental fictive account of the French Revolution, takes us far back into the past, to the time of Dumas’ and Dickens’ fictional worlds. Three main characters, Camille Desmoulins, Maximilien Robespierre and Georges-Jacques Danton are in the early stages of organizing a revolution. Mantel shines a light on the most personal parts of their life: childhood, love, relationships with others, knowing that it will help in to discover who these men were as adults. „A Place of Grater Safety” is historical fiction at its best, consistent of vivid specter of historical figures and (where possible) their own words, from their speeches or writings. This almost 800 pages long work reveals the intimate side of the French revolution.
So far, only 3 novels of this significant author have been translated into Serbian, and having in mind Mantel’s importance as writer in contemporary European and world literature, we believe that publication of this monumental novel will stimulate more translations of her work.